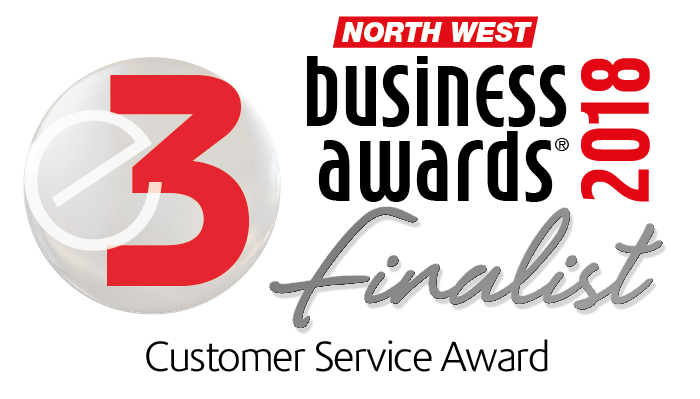 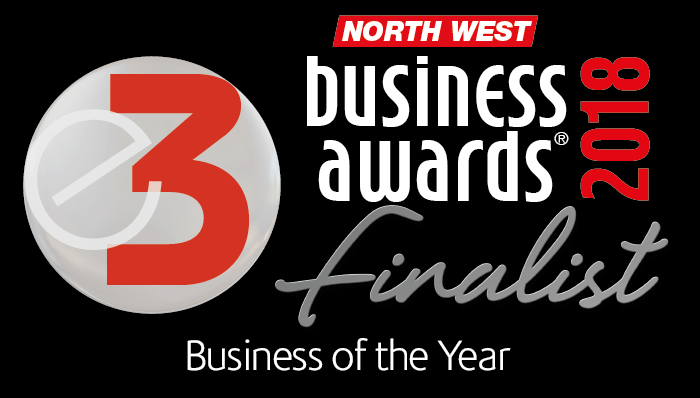 We are feeling ecstatic to be shortlisted as a business customer service award finalist in the 2018 E3 Business Awards, which will be held at the Macron Stadium in Bolton on Thursday 12th July 2018. In 2017, we came home with the High Growth Business of the Year award so its incredible to once again be shortlisted!

Our entry was selected from amongst hundreds of nominees to become one of the finalists for the ‘Business of the Year’ category. We have also been nominated for the highly sought after Customer Service Award, which is a huge compliment to our staff.

Our Managing Director, Kelly Ivison said: â€œIt has been wonderful to see the effect these nominations have had on the team here at Exchange Utility. Everyone is really excited to receive such an accolade and recognition, particularly with the customer service award but also as a business overall. It’s amazing. There is a real buzz around the office so we have all fingers crossed!â€

“We had almost three hundred nominations this year,” said Mubarak Chati, managing director of 1 Events Media, which hosts the E3 Awards. “The Awards are now in their sixth year and, every year since we’ve started, the number and calibre of entrants has grown.

“This year, we’ve seen such a strong turn-out that we’ve taken the unusual step of expanding the number of finalists in most of the key categories.

“It’s also been really good to see that we have finalists from every county of the North West, from Cumbria to Cheshire. The E3 Business Awards are all about inclusivity, so to see such a healthy mix of mainstream and rural businesses, women and young entrepreneurs, social enterprises and so on – that’s fantastic, and just what we want to see.

“Given that we’ve had our best ever influx of nominations, anyone who has made it to the shortlist stage has done so against the very fiercest competition. As one of our 2018 double award finalists, Exchange Utility should feel very proud indeed.”

More information about the E3 Business Awards, including a full list of finalists, can be found here.

Looking to cut energy costs or compare electricity and gas tariffs across a range of UK suppliers.