Get the FRACK away from Lancashire says residents

It’s no secret that Fracking, or Hydraulic Fracturing, has become an extremely controversial energy source over the past few years. It has been made even more so as David Cameron continues to support seeing uncontroversial [shale] gas properly exploited in our country, despite opposition from the public over health concerns and providing planning permission to drill in National Parks and other beauty spots up and down the country. 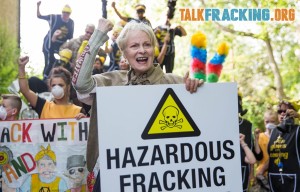 Lancashire is one of the North Western counties taking a stand against the energy firms campaigning for drilling permission. The council has recently rejected two site applications from Cuadrilla for six year consent, to which the firm appears bemused, counteracting this with claims that any potential damage caused would last less than two years.

Alan Evans was reported by The Guardian to have said that this is local democracy in action. An appeal against the decision has been submitted by Cuadrilla, which has resulted in a five week public enquiry being launched. The communities’ secretary, Greg Clark, will have the final say on the matter and reveal his decisions based on the public enquiry report that will be formulated by 18 experts. 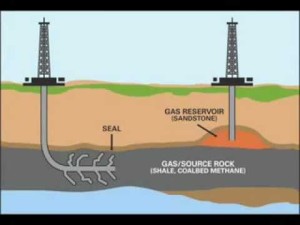 Lancashire has received large scale support on their protests from several groups who take an anti-fracking stance. One of these groups is Friends of the Earth, who managed to raise over 30,000 signatures in a petition against overturning Lancashire Council’s original decision.

The campaign against fracking has also seen support from well-known Avengers star, Mark Ruffalo. He has been using his influence to help prevent the UK from suffering the same side effects of Fracking as he has witnessed in the US. Concerns include: water contamination, illness, pollution and climate change. 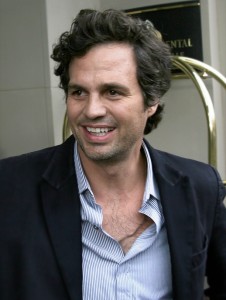 It’s no wonder that Lancashire is opposed to the move to set up more shale gas drills in the county. They have been burned by Fracking before… In April 2011 the only fracking well in the country was situated in Lancashire. This well was soon to give us a taste of the potential issues with extraction as supposedly common and problematic structural faults began to appear soon after set up; this caused two earthquakes.

In an age where less harmful and renewable energy sources are available to us, it seems strange that the Government would wish to pursue channels that have the potential to be this detrimental to our environment. The UK is one of the countries at the forefront of the energy revolution as, throughout history, we have again and again proved our ability to innovate and generate solutions to the most complex of problems. Let’s work together and utilise our talents nationwide to pursue a cleaner earth and continue to protest against those threatening her.

At Exchange Utility, we have big plans to support businesses in lowering their consumption, as well as their bills, to aid progression towards becoming a clean, green nation. Money saved from reviewing your gas, electricity and water contracts could be the capital that you need to adapt to becoming an environmentally friendly business. Try it today, call 0800 9777 000.